I went out today on a tourist route around Valencia. This was a bit of a different one though. It wouldn’t be one that was actually approved by the Valencian tourist board but maybe it should be.

I thought that looked interesting after reading the article and finding the BBC would be sending their economics editor @paulmasonnews to cover it for a new programme about corruption and waste in Spain I thought it might be interesting to go. 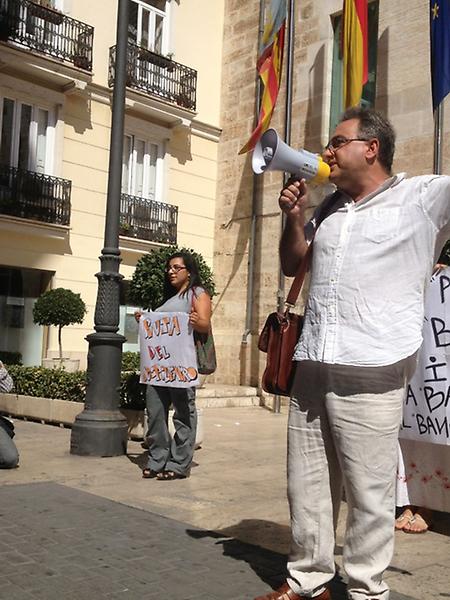 I tweeted it out and was joined by various Brits and loads of indignant Spaniards on a full bus as we were taken from huge excess to underinvestment to social problem and all the time tracked by private security, police and cameras (The private security firm of the “Consorcio” at the port threw us off there in front of the cameras so that was clever of them!)

I had to leave early for a meeting but the idea was clear. Get people to understand the effects of the massive overspending on Pharaoh style projects (City of Arts and Sciences original price estimate 265 million Euros eventual cost 1.3 billion Euros!! as an example) on ordinary people (Children housed in tin boxes for five years in the centre of Valencia and they call it a school). The region and city spend a fortune on a brand spanking new port and then hand it over to a private company to run for effectively nothing. Formula one urban expansion where thousands and thousands of square metres of land have been requisitioned for a new “Barrio” where just three towers have been built and they still haven’t sold yet. The new Valencia football stadium where the day before the nationalisation of Bankia to avoid imminent bankruptcy the private football club was given 223 million to finish off the construction of a half finished stadium.

I could go on of course but won’t, you get the idea.

The incompetence and sheer chutzpah of the politicians that run Valencia to have so much corruption in the open and still claim to have a mandate to run the region and city and continue to throw away millions of a daily basis is amazing.

For an airport with no flights.

Four of whom are directors.

As one of the affected parents of the children having to suffer being sat in a shipping container when they are supposed to be getting education said when being interviewed.

“It seems that there was always money for big projects so the photo can be taken for the opening ceremony but there is no money for education, the future of the country. And it also seems that the politicians would like to keep it that way, don’t educate people so they never question the status quo and never really find out what has happened.”

Luckily initiatives like this, “street journalism” and “activism” are starting to make a difference. The company that ran today’s tour charged 4 Euros per person. Let’s say 50 people on the trip so therefore 200 Euros income and a hired bus for the afternoon. Not much profit in that is there? They were roundly criticised for being “anti sistemas” (A general term of abuse used by politicians to smear anyone who makes a stand against their misuse of power) in ABC newspaper this morning for making money from lies. ABC is an ultra right wing monarchist newspaper read by an ever decreasing number of reactionary older people for whom the internet and social networks are a lie made up by lefties.

So I thought it would be nice to give them the oxygen of some good publicity.

Why? Well this is actually good publicity for Valencia in my opinion. People are finally starting to see what has been done to them by the political class here and we only repeat the mistakes of the past if those mistakes are not known about. The greater the education the better the chance of avoiding it happening again. 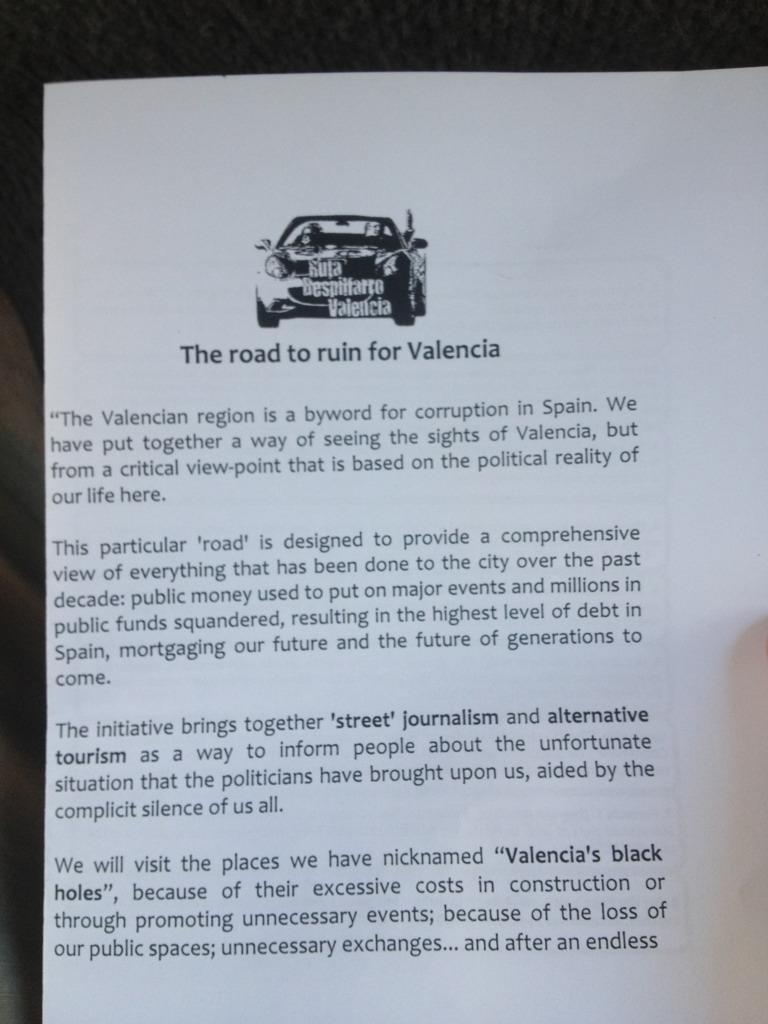 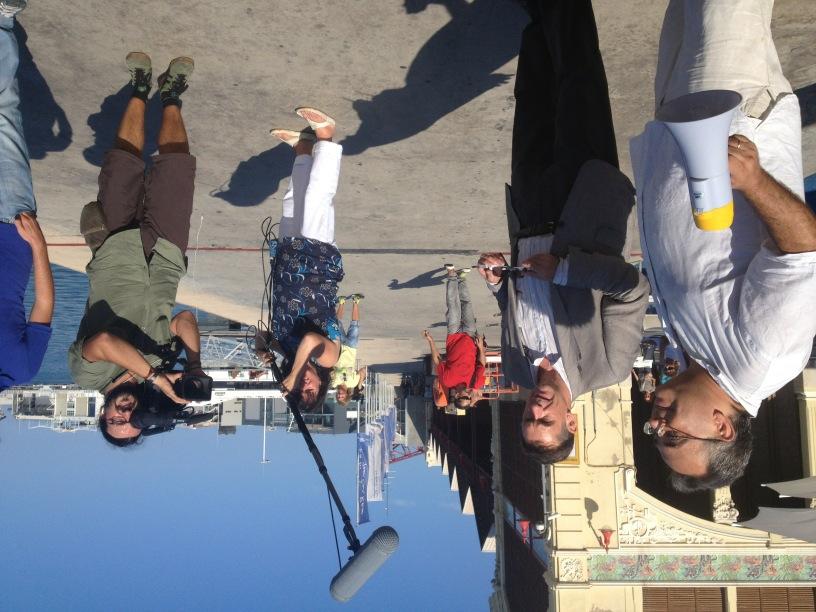